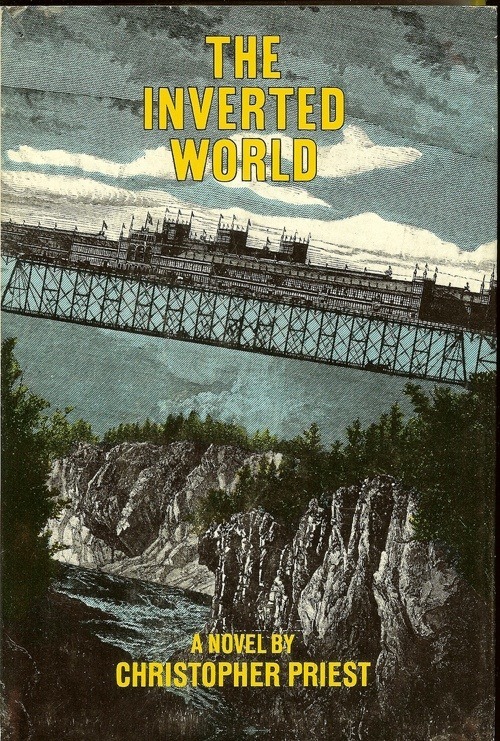 The progenitors of science fiction had more right to call it “speculative” than the technobabblers of today who flinch at the apparently derogatory term sci-fi. Novels like Frankenstein, The Invisible Man, and 20,000 Leagues Under The Sea showed how man and the world would naturally react given the novel stimulus of an impossibility turned possible. Change one thing and watch events play out naturally with normal people, with the narrative usually some distance past the actual change. Now it seems that authors change everything but the stories; switch up everything in the universe and watch the old familiar thriller play out as it has for hundreds of years. Having learned nothing about The Inverted World before reading it, I wasn’t sure which to expect. As it turns out, it’s among the best examples of the old sci-fi I’ve ever read.

It won’t do to discuss the plot, though it’s not much of a spoiler to say that the main character is a denizen of “the city,” a large complex that must be slowly moved along rails northward, to escape a mysterious danger seemingly approaching from the south.

The world building is by the numbers at first, and the writing is unremarkable (and occasionally imprecise), but competent, and dialogue is good. Slowly, the secrets of The Inverted World are revealed to both the protagonist and the reader, and the process is so incredibly compelling that I read some 200 pages in a day, then finished it off just a few minutes ago.

To describe the book further would be to spoil the fun, though there’s no twist exactly, as one finds in movies these days, but rather a logical exposition of the nature of things, and it is both fun to read and interesting to unravel. Most importantly, the problems of this book, and of the world described, are problems that can only occur within the compass of this book and world. There is very little contemporary allusion, or borrowing, or padding with long descriptions of fights and events which, while exciting, are not strictly speaking consequential to the story. This flaw hobbled The Gone-Away World, which has a cloak of grandness but loses itself in minutiae (and for the record, seems to have taken several ideas from Priest’s book).

I’ve only read a few books this quickly in my life, which is certainly a compliment, yet at the same time I never felt it was fluff (as much modern sci-fi is) or overly taxing (as Last and First Men, and Book of the New Sun are). I’ll be recommending this to all of my friends who like an occasional break from contemporary and traditionally-set literature.