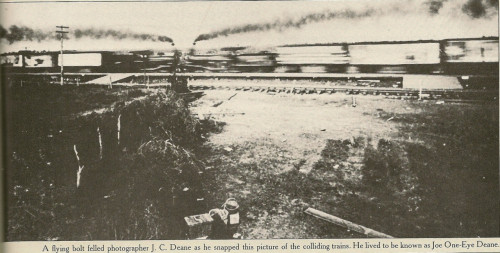 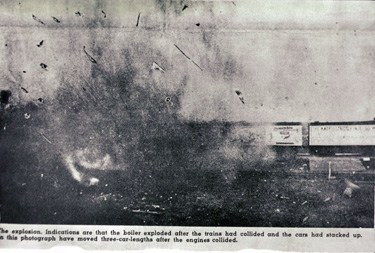 In 1896, a temporary town called Crush (named after the railway agent leading the effort) was erected in Texas for the sole purpose of exhibiting, on September 15, a head-on collision between two freight trains. 40,000 people attended the event. When the trains collided, the boiler of one exploded, sending fragments of metal into the crowd, injuring many (including the photographer taking the second photograph above) and killing two.